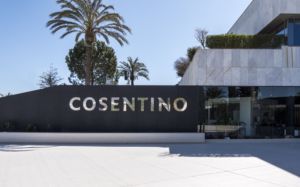 The worldwide leader in the production and distribution of innovative surfaces for architecture and design, the Cosentino Group, is delighted to announce that it has strengthened its position with the announcement of the last financial year’s record breaking results. In 2018, the Group maintained its leadership position in the global market and has continued the expansion of its sustainable business model in international markets, the diversification of its products and distribution channels, as well as the creation of jobs.  Throughout, the Group has continued to emphasise innovation and the importance of the circular economy.

The Cosentino Group has increased its profitability, growing its EBITDA at a faster rate than sales. The volume of business at the end of the financial year was €984.5 million, which represents an increase of 9.3% compared to the previous year. Growth in comparable terms (by standardising the exchange rate of the 2017 financial year) would increase to 13%.

With regard to the operations result, the EBITDA of the Group has, in turn, increased by 11% with respect to 2017, achieving a record figure of €143 million in 2018. This result was also significantly influenced by the exchange rate. Therefore, by standardising the exchange rate with respect to 2017, comparable growth is 21%. Finally, the Group’s net profits climbed to €50.5 million. 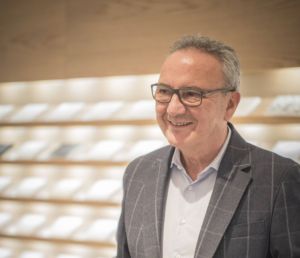 As in previous years, in addition to economic, industrial and commercial growth, the past year has also seen marked job creation. The number of Group employees at the end of 2018 exceeded 4,300 people worldwide (total 4,314 employees), with its staff composed of professionals representing up to 75 different nationalities. Last year alone, Cosentino created nearly 400 new direct jobs (397). If the last three years are accounted for, this figure exceeds the creation of more than a thousand new jobs.

In addition to the volume and pace of new job generation, it is also worth noting that during 2018 the commitment to stable, quality employment was also consolidated. In 2018, the percentage of jobs with permanent contracts within the Group rose to 91.16%. Another important ratio to increase was that of the percentage of women in management positions, which has gone from 14.45% in 2017 to 18.07%.

Of this planned investment, 73% is earmarked for investments in Almería (Spain).  This is largely focused on improving and increasing production capacity at the Cosentino Industrial Park in Cantoria, as well as in the industrialisation of the novel automation and robotisation systems developed the previous year.  Another achievement of note in the last financial year within the Industrial Park, linked to the company’s environmental policy, is the construction and launch of its own waste management plant in July 2018.  This pioneering initiative confirms the commitment of Cosentino to closed loop recycling as a fundamental axis of its business activity. 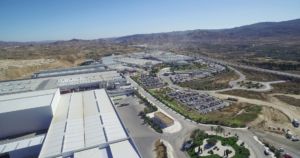 When it comes to the areas of sales and distribution, the Group continues its process of international expansion based on its own facilities.  In 2018, the corporation opened new Cosentino Centres in the United States, Italy, United Kingdom, France, Sweden and Poland.  In addition, with the opening of the Miami City showroom, Cosentino increased the number of this exclusive model of showroom located in global city centres to 11. The company closed 2018 with 136 commercial and/or own distribution facilities (117 Centres, 11 City showrooms, three hubs and five logistics operators) located in more than 30 different countries, and distributing its products in 116 countries on five continents. Thanks to the launch of these facilities, and the addition of its processing and transformation facilities in the United States, the Group now has a total of 148 business units spread throughout the world.

For 2019, Cosentino is set to maintain its sustainable growth and job creation objectives. To do so, it will undertake the new investments as outlined in its Investment Plan.  This year will see a special focus on the digital transformation project, occupational health and safety, automation and robotisation of manufacturing processes, as well as continuing with its commitment to innovation and the development of new products, and the opening of new business infrastructures around the globe.

Hoover partnership with Simon Rimmer is recipe for success

With all the talk of AI and how that will affect our work life, it’s good news to see…