Enter now while you can

Now in its third year the BKU Awards 2017 will take place on Thursday 22 June at the swanky Millennium Gloucester Hotel, set against the background of fashionable Kensington. 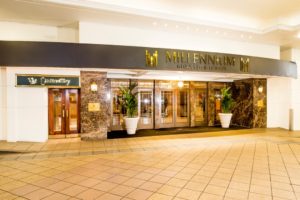 Virtual Worlds will sponsor the evening’s host – a huge name set to be revealed in the coming weeks. Managing director, Nathan Maclean, said: “Everyone at Virtual Worlds is very excited to be sponsoring the BKU Awards once again in 2017.

“As a 4D CAD technology provider operating predominantly in the bathrooms and kitchens space, we see a lot of the great work that is done by retailers, suppliers and brands right around the country – and feel it is important that they can be recognised at an event such as this.

“We work in such a diverse industry, with so many talented teams and individuals doing amazing things. For the finalists, the awards offer an excellent opportunity to be recognised on a national level for all of the hard work they put in all year round.

“We wish all the nominees the very best of luck, and look forward to meeting the finalists in London in June.”

Virtual World is one of several sponsors to return to line-up including: BA Components, Claygate, Frontline, RAK Ceramics and Uform. British Ceramic Tile is sponsoring the event for the first time. The BKU Awards team is delighted that this leading glass and tile manufacturer has signed up to sponsor Kitchen Showroom of the Year.

The BKU Awards team is receiving entries and nominations daily. “Entries and nominations for the 2017 Awards are up 50% like-for-like,” comments publication and event manager Carl Hearnden. Interest in the event has grown exponentially since its launch in 2015, with brands, retailers and individuals excited about competing for what they have quickly come to see as the highest industry accolade.”

A little bit of history

With the BKU Awards being held in such high esteem, it’s easy to forget that it’s only a couple of years old. The industry’s finest turned out for the first event in 2015, which took place at Madame Tussaud’s in the ‘company’ of some very famous faces indeed! The real stars of the show however, were the winners. 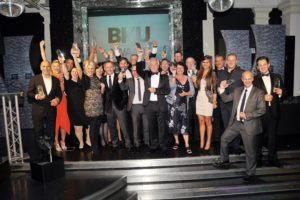 In what was an evening of firsts for everyone, it was clear very early on that the event’s revolutionary format was what had got people excited; winning would provide the ultimate stamp of industry endorsement. Competition was fierce.
Speaking at the time, Jill Williams, managing director of Best Bathroom Taps Brand Vado said: “To have been nominated was brilliant, but we were delighted to go on to win Best Bathroom Taps Brand for 2015 and would like to thank everyone who took the time to vote to allow us to be presented with this prestigious award.”

Independent Bathroom Retailer of the Year, sponsored by RAK Ceramics went to Taylors etc, with design director Lesley Taylor telling BKU: “Our aim is to help people create the kind of interior schemes they have always dreamt of, so it’s a fantastic feeling to have our hard work acknowledged by one of the key national trade magazines in the industry.”

New Kitchen Retailer of the Year, sponsored by Inspired Furniture went to House of Harrogate. Director Caroline Edwards said: “For all our hard work and dedication to be recognised independently by our peers and colleagues in the industry, just confirms we’re on the right track with our service and products.”

The BKU Awards’ debut was such a success and the bar had been set so high, that as the curtains closed the team were already working on ways to ensure the next one had the same ‘wow’ factor. So as entries opened for the 2016 event, BKU magazine was delighted to announce a new venue which was less pop culture, more literary culture…yep, Shakespeare’s Globe.

Over two hundred members of the industry submitted entry and nomination forms before the stroke of midnight on Monday 11 April 2016. Each contained multiple entries and nominations, so every category was full to the brim with exciting brands, retailers and people all determined to scoop the ultimate accolade. Again, the industry had just four weeks to vote and vote they did, over 10,000 times in fact across all of the categories. 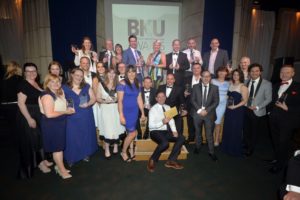 Speaking at the time, Carl said: “What an amazing response; I think it shows just how invested the industry is in the event, as it’s one they can really call their own. The BKU Awards is a celebration of excellence within the kitchen and bathroom industry, and the evening is an impressive tribute to the people and companies operating in this marketplace.” As a result, the 2016 event saw over even more industry names turn out to see the stars of the bathroom and kitchen industry pick up their awards and celebrate the achievements of the past 12 months.

Diane Berry Kitchens was crowned Independent Kitchen Retailer of the Year, a category sponsored by BA Components. Its owner by the same name said: “It means so much to have the trade acknowledge my company in this way. We are so focused on taking care of all our clients and achieving the very best we can for them, sometimes it’s easy to forget all our suppliers and yet here they are voting for us! So I really do want to use this opportunity to thank all my suppliers however large or small, for working so hard with our team to build a strong company, without them we couldn’t do it.”

Beyond Bathrooms scooped New Bathroom Retailer of the Year, sponsored by Frontline. Managing director Mark Henson said: “It provides a great sense of reward when you have been nominated and therefore recognised for your achievements within the industry. We would like to thank all of our suppliers for their continued support and the BKU Awards team for hosting such a fantastic event.”

In the kitchen brand categories, Franke was crowned Best Sinks Brand. Clearly delighted with his win, managing director Neil Clark also commented on the event’s ‘winning format’: “We applaud the fact that BKU recognises independent retailers, both new and established as they are the ambassadors who work diligently for all the brands that were represented on the evening. And of course, the awards also acknowledge staff achievements in sales and customer service and at Franke we place a really high value on excellence in all aspects of customer service.”

The only award which is not voted for, is the Lifetime Award. A panel of industry veterans meet to discuss the nominees, under the proviso that the person they choose must have served the kitchen and/or bathroom industry for more than 20 years and played a significant role in its success.

The event’s first ever Lifetime Achievement Award winner was Tom Kelly, the then managing director of TK Components was. Speaking to BKU Magazine afterwards, he said: “A lifetime achievement award, fantastic. I am obviously very happy and also humbled to be presented with this award, but I accept it on behalf of all the staff at TKC. We have a fantastic team and without them, I wouldn’t be standing here.”

In 2016, the baton was passed to Roger Kyme, founder of luxury bathroom retail chain, Ripples. “I am honoured,” said Roger, adding, “I am continually thankful for our passionate franchisees who work with such dedication and commitment to Ripples, our talented designers who continue to create award winning bathrooms and to our suppliers for their continued support and confidence in the brand.”

The BKU Awards is now open for entry and the results, as in previous years, are in the hands of the industry. “This is the only awards scheme in the kitchen and bathroom industry which lets the industry decide the winners. And it’s this uniqueness which makes it so popular,” says Carl, adding “but you’ve got to be in it to win it. It’s a level playing field; small companies have just as much a chance of winning as bigger companies. That’s what the free marketing tools available for download on our website are for – to help give everybody a chance to canvas for nominations and later, those all-important votes!”

Entries and nominations for the 2017 event opened on Monday 21st November. Members of the industry are invited to enter their company, one of their employees or themselves for an award in each of the relevant categories. 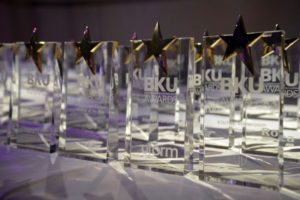 The BKU Awards is all about celebrating success and sharing in it; with this in mind, the industry is also asked to support other businesses, by nominating them for an award. “Tell us about the brands that sell quicker than you can buy them in. Give a shout out to the retailers helping to make your brand a consumer favourite. And say ‘thank you’ to that individual who always goes above and beyond the call of duty, says Carl”.
Entries and nominations must meet the category criteria to go through to the voting stage. The secure online voting process will then produce five finalists in each category, with the winners being those who have attracted the most votes overall.

For more information and to enter visit www.bkuawards.com

Bespoke sponsorship opportunities are available to ensure your company and brand is positioned with relevance and prominence. Those interested in sponsorship should contact Carl Hearnden at chearnden@datateam.co.uk or call on 01622 699128.

The Jewel in the BA Crown